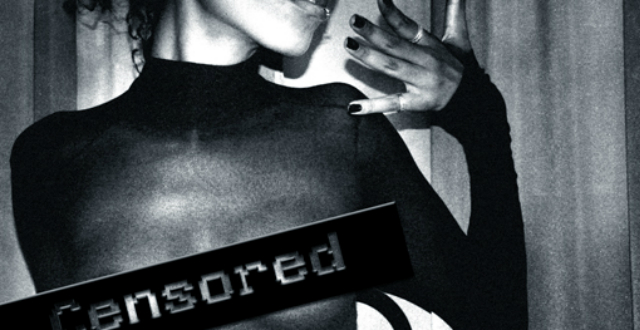 But they don’t define it. They can’t define it. And because they cannot define it, everything from Leonard Nimoy’s Full Body Project to ads for safer sex are at risk.

Less than a week after the passing of Leonard Nimoy, Dixie De La Tour found herself blocked from Facebook after posting a gallery of his photographs that had appeared on the Guardian. The photographs are part of a 2007 series by Nimoy called Full Body Project that seeks to question society’s understanding of beauty. They feature a burlesque group in San Francisco, the Fat Bottom Revue.

De La Tour was not the only one whose account was suspended, or who saw their content yanked from the social network for sharing these images. She has since been reinstated — following an outcry from friends, many of whom are well-positioned to plead her case. But it’s not always so easy to show a social network the light. Not all of us are Sister Roma — or friends with award-winning sex columnists like Elle Chase and Gram Ponante.

The National Campaign to Prevent Teen and Unplanned Pregnancy learned the cost of banning “adult” content when they tried to advertise their hip, teen-oriented Bedsider account on the microblogging platform Twitter. Twitter’s ad policy bans “adult or sexual products and services.” Advertising safer sex education is acceptable, provided that the advertised accounts don’t “contain sexual content” or “link to sexual content or […] prohibited products and services.”

Amber Madison at the Atlantic writes:

For example, an approved condom tweet might read: “A condom can actually fit over your entire head! #Themoreyouknow,” whereas an offending tweet would be “If you think condoms aren’t for you, you just haven’t found the right one yet. See how good safer sex can feel.”

In fact, it is exactly those words that sounded the alarms last spring, when a sponsored tweet linked back to the Bedsider homepage, where the article about loving condoms (with the above tagline) was featured. It wasn’t the words of the promoted tweet itself that were an issue, it was the fact that that tweet linked back to a website with “sexual content.” A Twitter account strategist alerted Bedsider’s director, Lawrence Swiader, there would be an issue promoting any tweets while the condom love article was featured on Bedsider’s homepage. Even though the article was about safer sex, said the rep, “It still paints sex in a recreational/positive light versus being neutral and dry.”

Under Twitter’s ad policy, it’s okay to have messages about safer sex, they just can’t be sexual. So if an organization wants to encourage safer sex, they are limited to headlines like, “Use Condoms.” This is a problem for Bedsider, the entire existence of which is based on the premise that safer sex is better sex. “We need to be able to talk about sex in a real way: that it’s fun, funny, sexy, awkward … all the things that the entertainment industry gets so well,” Swiader says. “How can we possibly compete with all of the not-so-healthy messages about sex if we have to speak like doctors and show stale pictures of people who look like they’re shopping for car insurance?” While Kim Kardashian’s bare butt is “breaking the Internet” with click-throughs, sexual-health organizations must compete for attention with slogans fit for high-school health books.

Lucky Bloke, a company that specializes in helping men find condoms that fit them, has also had difficulty with Twitter. And this issue is not limited to the microblogging platform. Bedsider hasn’t had an easier time on Facebook.

“Adult” content policies are not solving the problem of sexual content on the feeds of people who have not consented to seeing it. Instead, they’re making it impossible for us to share art and communicate about health issues. Sign this petition to change this and stop spreading the meme that these policies are about making the web better. They aren’t. They’re lazy. And they are taking things away from us that actually matter.