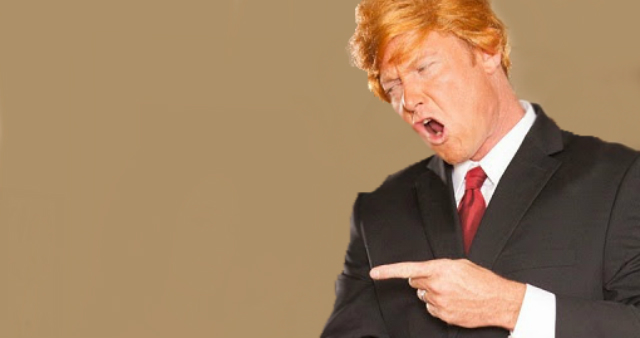 The next United States presidential election isn’t until next November, but candidates are already busy vying for their party’s nomination. Given the popular support that billionaire Donald Trump continues to receive in the polls on the run-up to party nominations, it comes as no surprise that the adult industry would select him out of the 17 Republican candidates to immortalize.

Can't wait to let everyone know about the role I played yesterday. Thing is can't say until the press release goes out. But it's hilarious

Whether it’s schadenfreude or something else, you kind of want to watch.