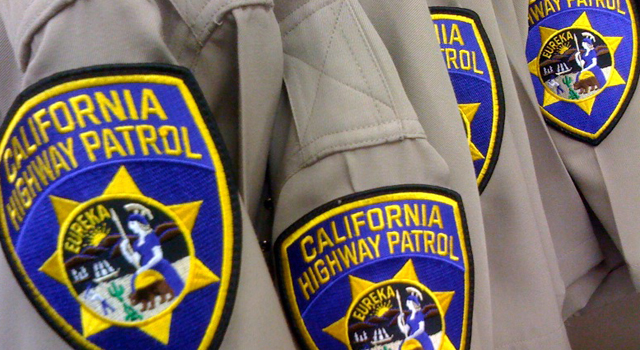 The California Highway Patrol has a fun little incentive to arrest you: the desire to see you naked.

A CHP officer told investigators that officers in that force have been stealing and sharing explicit photos of women suspects for years as part of a “game.” Presumably, the game involves finding the raciest possible images on a suspect’s phone and sharing them with other officers and non-CHP individuals for commentary and approval.

Officer Sean Harrington, who made these statements, isn’t offering up the information because he’s concerned about the privacy of citizens, either. The 35-year-old Harrington only came clean after he was caught engaging in the same reprehensible behavior he described.

According to court records, Harrington got caught when one of the women who’d been targeted noticed that six nude photos had been forwarded from her phone during the time she was in police custody on August 29. Her phone had been locked with a password, but the officer got it from her easily when it came time for the woman to make her one phone call. No one memorizes anyone’s number anymore — cops know this and leverage it.

Harrington confirmed that he had accessed the woman’s photo gallery on her phone and forwarded the images to his cell phone, from which he sent them to at least two other officers. He confessed that he has done this to at least “half dozen” women that he has arrested over “several years.”

Harrington told Contra Costa prosecutors that he learned of the “game” while working with the CHP in Los Angeles, but that it took him no time after his transfer to the Bay Area to discover that officers in Dublin were doing it, too. (Los Angeles CHP are furious about the name-check. Sergeant Jose Nunez of the CHP Southern Division told the Contra Costa Times. “It’s just one guy’s statement. Officers who I work with don’t do it.” Thanks, bro. Now we have two guys’ statements.)

The Golden Gate Division Chief Avery A. Browne says this is an isolated incident, though he acknowledged that two CHP officers in Los Angeles had been discovered accessing “information” in 2012 and are no longer with the force.

But that’s not the only instance that something like this has happened.

In May, a Long Island woman sued New York Police Officer Sean Christian and the city of New York after she discovered 25 photos and videos on her phone had been sent to her arresting officer’s mobile. Her phone had been locked, too. Investigators later had her call the officer in a recorded conversation and got front row seats to the douchebaggery of New York’s finest. Somehow, that officer remains on duty.

Three years ago, a Morgan Hill police officer by the name of Mindy Zen not only sought out racy photos of a female arrestee, but posted one of them publicly to the arrestee’s Facebook account. According to the San Jose Mercury News, the arrestee had been taken into custody without probable cause.

In 2005, Houston patrolmen Christopher Green and George Miller were fired after an investigation found that Green had downloaded images from a arrestee’s phone and shown them not only to other officers but attorneys at the courthouse where the woman’s DUI case would be reviewed. His partner, Miller, made harassing calls to her house asking for a date. They were never criminally charged.

Rick Madsen, who is representing one of the women in the case against CHP Officer Sean Harrington, doesn’t believe that this is an isolated incident at all.

“This particular instance was only discovered by my client by chance — and it’s a reasonable speculation to imagine how often it has occurred undetected,” Madsen said. “Who knows how many officers have participated in this so-called ‘game,’ or how many more women have been victimized?”

He’s right to ask. Not many people who are arrested think to scour their phone records to check for outgoing SMS. Harrington almost got away with it, too — it doesn’t take a rocket scientist to know that the phone will retain a record of sent messages unless you delete them. Harrington did delete them, but the arrestee’s iPhone and iPad were synced via iCloud, which preserved the record that the images had been sent to a mysterious 707 number. With a little sleuthing online, the woman discovered that the number was Harrington’s.

And surprise, surprise — Deputy District Attorney Barry Grove told KTVU that the Contra Costa District Attorney’s Office is currently looking into multiple cases similar to this one, but no further information has been released.

Just in case you’re wondering: not having explicit photos on one’s phone is no deterrent, as one of the women suing Harrington learned. The 19-year-old was involved in a crash on August 7 and later discovered that photos of her in a bikini had been forwarded from her device while she was undergoing x-rays.

An affidavit in the Harrington case implicates two other officers: Robert Hazelwood — whose crass commentary is well-documented in SMS records recovered by subpoena — and Dion Simmons. In at least one instance, Hazelwood asked to be sent a photo of a suspect’s driver’s license when nude photos didn’t show a woman’s face. Simmons involvement seems limited to encouraging the stealing and sending of these images.

CHP Commissioner Joe Farrow says there is no place in the organization for this type of behavior and yet, according to SFGate, Harrington is still on the job, albeit on desk duty. Maybe there is a place after all? The Los Angeles Daily News reports that Hazelwood has been barred from coming to work. Simmons is currently considered a witness, only.

The Contra Costa District Attorney is still deciding whether anyone will face criminal charges.

If you jaw didn’t just drop, I’ll explain: this is a felony of the computer crimes variety and to top it off, when Harrington violated the privacy of these two women, the Supreme Court had already ruled that officers cannot access information on suspects’ phones for any reason without a warrant.

So why is there any “deciding” to be done?

Convicting the officer could result in a review in cases for which he made witness testimony.

“We believe Officer Harrington a clandestine and illegal intrusion into her privacy, which is unspeakable, considering his sworn duty to protect the public,” said Madsen. He’s right.