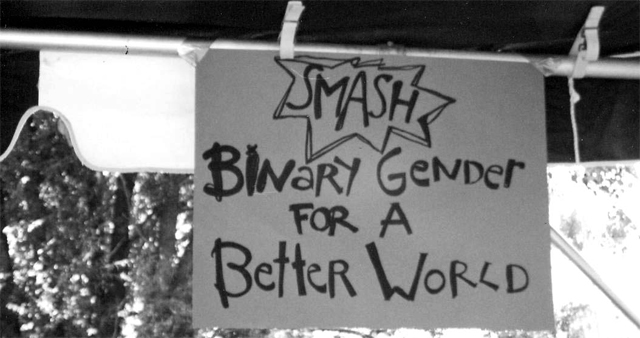 Today, Google announced infinite gender options for users on the social network Google Plus, a move that tops Facebook’s February announcement of 56 additional options on its gender menu.

“For many people, gender identity is more complex than just ‘male’ or ‘female,'” writes Rachael Bennett, the engineer leading the project, in an announcement on her Google+ profile. “Starting today, I’m proud to announce that Google+ will support an infinite number of ways to express gender identity, by giving you the option to customize the way your gender is represented on your profile.” 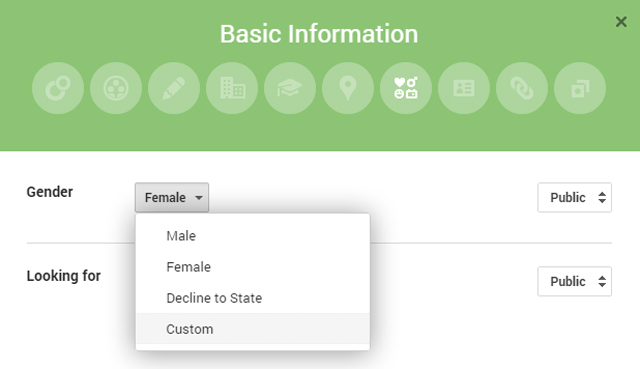 Google+ launched with three options: male, female and other. Once this change rolls out, users will see Custom, along with the options male, female and “refuse to state.” If a user selects the Custom option, they will be prompted to enter their preferred gender identity into a freeform field. A user can write anything they like there, including emojis.

Commenting on a reshare of the announcement, Yonatan Zunger, chief architect of the network, elaborated on the roadblocks the team faced during the project.

“English is almost the only language that has anything resembling a way to talk about neuter animate people, the ‘singular they,’ and so our translators really had no idea what to do,” he writes, noting: “English and Mandarin are fairly exceptional in that they have almost no grammatical gender. But in Hebrew, for example, in the sentence ‘Bob shared a post with you,’ ‘shared’ would have to agree in gender and number with ‘Bob,’ and ‘you’ would depend on your gender.﻿”

“Two genders is not universal,” he notes. “English has a third (‘it’) for inanimate objects. German has a neuter as well, although its connection to biological gender is infamously weird (e.g., Mädchen, ‘girl,’ is neuter). Swahili has seven genders, which includes ones for things like ‘fruits, round objects, and inanimate objects which are usually found in groups’ (that being class V/VI). Really, this should serve to remind us that the literal meaning of the word ‘gender’ is ‘type,’ and these are all about classifications of object: which classifications are salient, and salient enough to require grammaticalization, varies from culture to culture.”