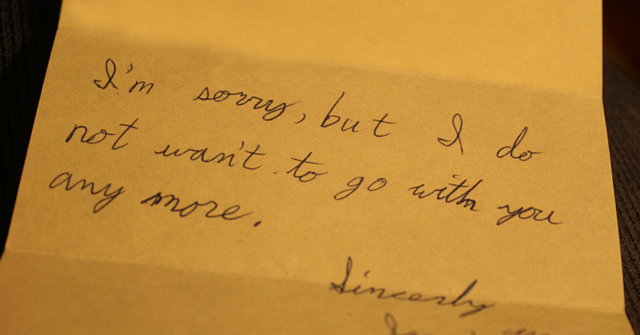 Mae West once quipped that all discarded lovers should be given a second chance — with somebody else. This is very true, and not just of people. Every relationship is an exercise in building a culture of us, with its own monuments, holy books, icons and sacred places. When that relationship ends, we begin the process of extricating ourselves from the rubble of a dead culture — and we can’t always liberate everything that was once a part of it to bring with us. We’ve all heard about the hauntings — paintings, rugs, shoes, dresses, statement pieces once loved that suddenly seem incapable of inspiring anything but tears or rage.

After my last breakup, I used College Hunks Hauling Junk because what better way to move on than by ogling UCLA undergrads glistening with sweat as they labored under relics of my past? But there’s something even better, something that might even help you make some extra cash to make up for the financial set-back of finding a new place to live. Allow me to introduce you to Never Liked It Anyway.

It’s like eBay for your breakups, except, not only do you get to unload all the stuff that makes you think of your ex — you get to overshare with people who are in the same place you are.

Never again must you suffer the indignity of sharing your heartache with friends who are newly in love, or who just got engaged, or whose only words of comfort as they wipe the baby vomit off their sternum center on how you really ought to start thinking more seriously about settling down instead of so quickly and thoughtlessly shacking up with jerks who obviously don’t deserve you. On Never Liked It Anyway, you get to connect with other angry, heartbroken, and bitter human beings who want to hear you whine and are ready to cheer you on as soon as your story goes live in the Tell It section. 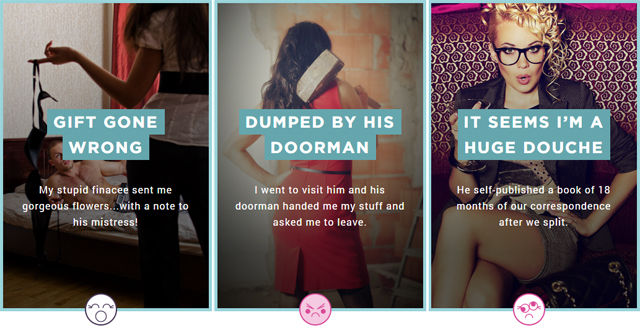 The site’s founder, Annabel Acton, is big on community. Though the site is obviously an e-commerce platform, she sees it as one that enables connection first and foremost. She got the idea for the site in 2011, after a breakup left her with a Christmas plane ticket to London she couldn’t unload.

“Wouldn’t it be great if there was a site where you and other people could sell or exchange these things with one another?” she asked her girlfriends over drinks. She explained to me that too often, surfing Craigslist leaves her with a nagging feeling — “the stuff looks nice, but if it were that nice, then why is that person selling it?” she asked when we spoke over the phone.

Acton sought to create a place where people could unload the reminders of a relationship as one would among friends. To create that trust, the site emphasizes story-telling. Item descriptions include the reason an item is being sold and, more often than not, share exquisite details about the demise of the relationship.

A listing selling two tickets to see The Weekend at the Hollywood Bowl next Friday, for example, reads, “The music reminds me of him- the first time we made love was to The Weeknd. If I went, I would just cry like a big ass fountain in the back of the Bowl.”

Elsewhere, a listing for a FitBit Flex elaborates: “I bought my ex and I Fitbits to help us get in shape – too bad I caught him getting in shape without me, if you get my drift, in our bed.”

Prepare to lose all productivity today.