Department of Energy Has Endorsed Hookup Culture Since 1943 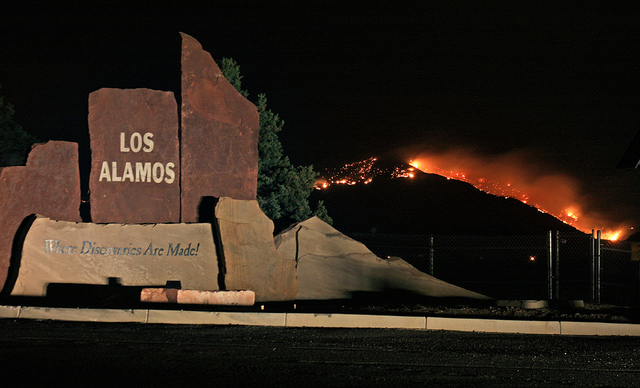 Researchers working with certain radioactive materials developed a decontamination technique back in the days of Los Alamos that will make any Millenial feel completely and utterly understood.

Things like working in nuclear fission of uranium and plutonium, operating nuclear reactors, storing spent nuclear fuel, etc., can expose humans to a radioactive isotope of hydrogen called tritium, which is a byproduct of many of these processes. The TL;DR is this: tritium that gets into the body is able to release beta particles, which are prone to altering our cells in nasty ways, resulting in cancer, mutation and death.

It should comfort you to know, though, that human skin is a pretty powerful shield: Not only can it stop ebola, as I’m sure you’ve recently learned, it can also stop beta particles from penetrating into your body. But tritium is tricky. It can hang in the air, which we readily let in with every breath, or find its way to water, to be gulped down.

But tritium has an upside, too: it has a short half-life in the body (around 10 days), and because it has a preference for absorbing into the water in our bodies, it is relatively easy to reduce exposure. To quote the Department of Energy’s “Primer on Tritium Safe Handling Practices,” the best way to reduce one’s exposure to tritium is to increase one’s fluid intake, “especially diuretic liquids such as coffee, tea, beer, and wine.”

Basically, you can pee your way to better odds.

And as it turns out, the old adage about “sweating it out” may have something to it after all. The DOE primer advises: “The data suggest that biological half-lives are shorter in warmer months. For example, the 7.5-day half-life measured in southern Nigeria is not surprising because the mean outdoor temperature there averages 27°C [80.6°F]. In contrast, an average 9.5-day half-life was measured in North America, where the mean outdoor temperature averages 17°C [62.6°F]. Such findings are consistent with metabolic pathways involving sensible and insensible perspiration. As such, the skin absorption and perspiration pathways can become an important part of body water exchange routes.”

Congratulations. You may now begin calling your drunken hookups your “decontamination protocol.”